Member, Board of Governors 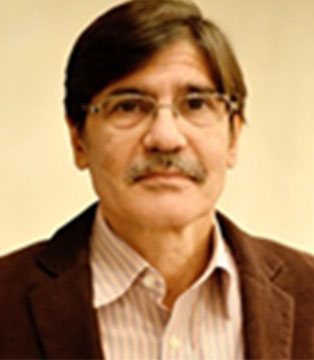 Anjum Nasim started his professional academic career with the Quaid-i-Azam University, Islamabad in 1974 and joined the Lahore University of Management Sciences (LUMS) in 1986 where he served as Professor of Economics (1991-2010), Dean of the School of Humanities and Social Sciences (2006-2008) and Provost (2009). After retiring from LUMS in 2010, Anjum Nasim served in an advisory capacity in the formation and establishment of IDEAS and was appointed Senior Research Fellow at IDEAS in 2012. His publications include papers in the Journal of Applied Econometrics, Journal of Development Economics and International Tax and Public Finance. His current research interests are public finance and macroeconomic policy.

Anjum Nasim holds a BA from Government College Lahore, B.Sc. Honours from London School of Economics and an MA and PhD from the University of Essex.