Treasurer, Board of Governors 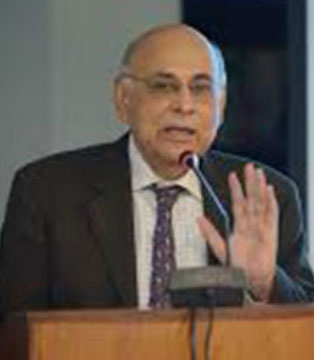 Naved Hamid is Director at the Center for Research in Economics and Business (CREB) and Professor of Economics at the Lahore School of Economics in Pakistan. He is also a member of the Macroeconomic Working Group for the Government of Pakistan as well as Chair of the Working Group on ‘Export Competitiveness and Growth Strategy’ for the tenth Five Year People’s Plan, constituted by the Planning Commission for the Government of Pakistan since 2009. He was previously the Principal Economist at the South Asia Regional Department.

Naved Hamid received his Bachelors degree from the Government College Lahore before gaining another from Cambridge University. He received his PhD in Economics from Stanford University.