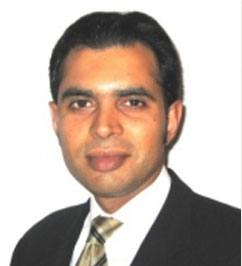 Baqir has served as the IMF’s Mission Chief for Bulgaria and Romania since January 2016. Prior to this appointment in the IMF’s European Department, Baqir served as Chief of the IMF’s Debt Policy Division for four years in the IMF’s Strategy, Policy, and Review Department. In that capacity he oversaw the Fund’s work on the design and implementation of IMF policies related to sovereign debt sustainability and restructuring in member countries. He helped design debt and fiscal policies in several crisis-affected countries including Cyprus, Ghana, Greece, Jamaica, Portugal, Ukraine, and others. Baqir also represented the IMF at the meetings of the Paris Club for several years.

Mr. Baqir has served at the IMF for sixteen years. His previous positions include Deputy Chief of the IMF’s Emerging Markets Division and IMF Resident Representative to the Philippines. He has previously worked at the World Bank (Washington, DC), the Massachusetts Institute of Technology (Cambridge, MA), and the Union Bank of Switzerland (Zurich, Switzerland).